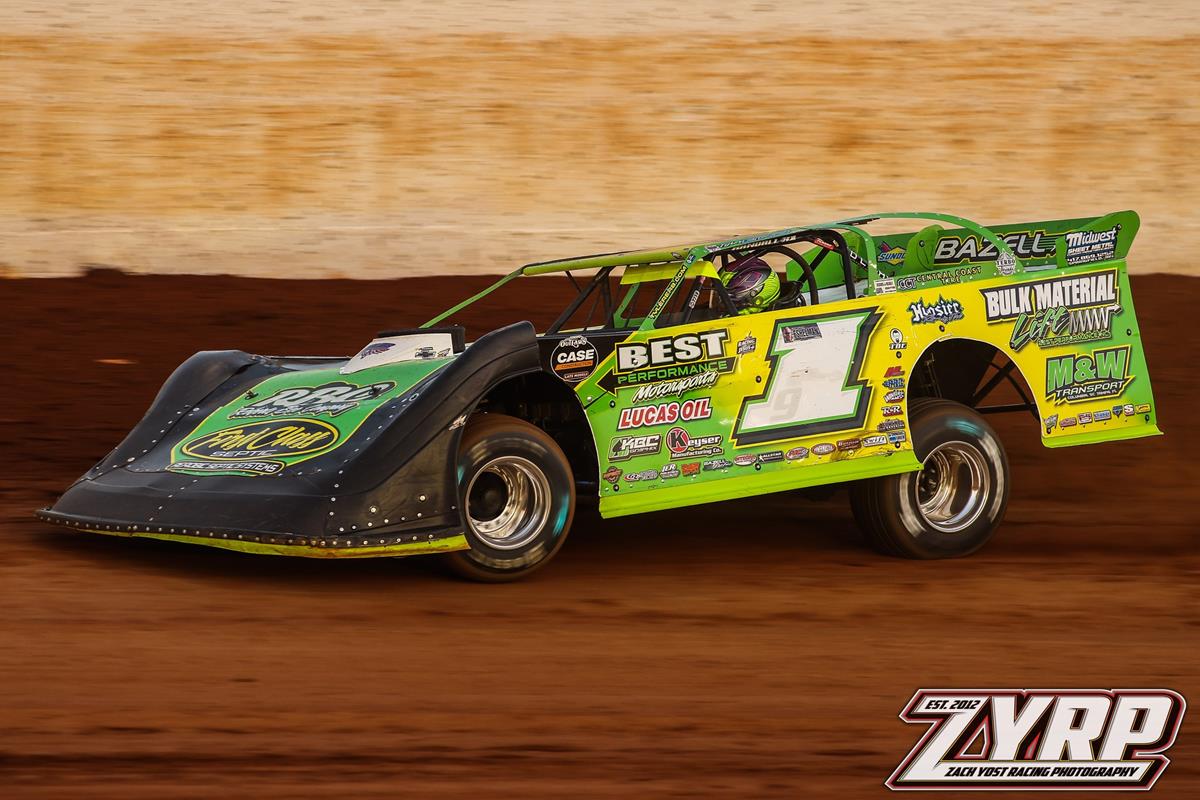 Tyler Erb took the Best Performance Motorsports No. 1 Late Model into battle with the World of Outlaws Case Late Model Series on Wednesday afternoon at The Dirt Track at Charlotte (Concord, N.C.) for the annual World Finals. (Zach Yost photos)

Drawing a stout field of 70 Late Models for the three-day event, Erb followed up a fourth-place showing in his heat with a consolation victory. With $15,000 on the line in the feature, Tyler pulled off early in the 40-lapper after getting spun around on lap 36.

For another $15,000-to-win program on Thursday, Tyler laid down the ninth-fastest lap in his time trial group before placing second in his heat. Starting in 12th, Erb ran as high as seventh but faded late in the 40-lap prelim to finish 11th.

With preliminary points placing Erb on the second row of his heat race on Saturday, Tyler edged his way into the $25,000-to-win World Finals finale with the third-and-final transfer spot in his heat. Earning the 14th-starting position, Erb gained four positions in the 50-lap affair to cross the line in 10th.

Full results from the weekend are available at www.WoOLMS.com. 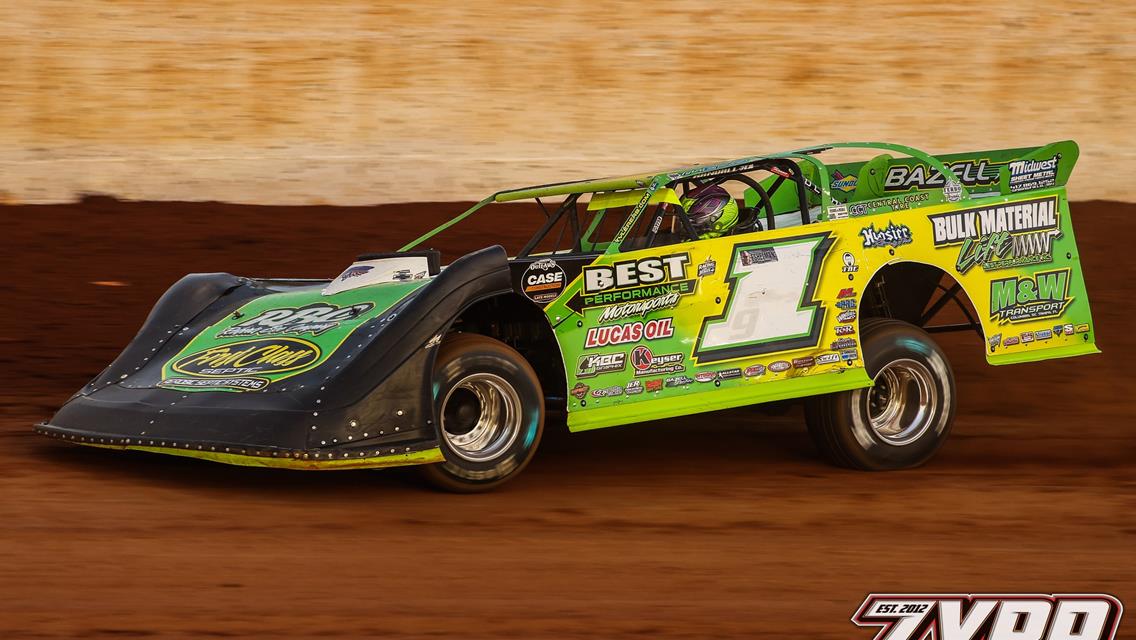 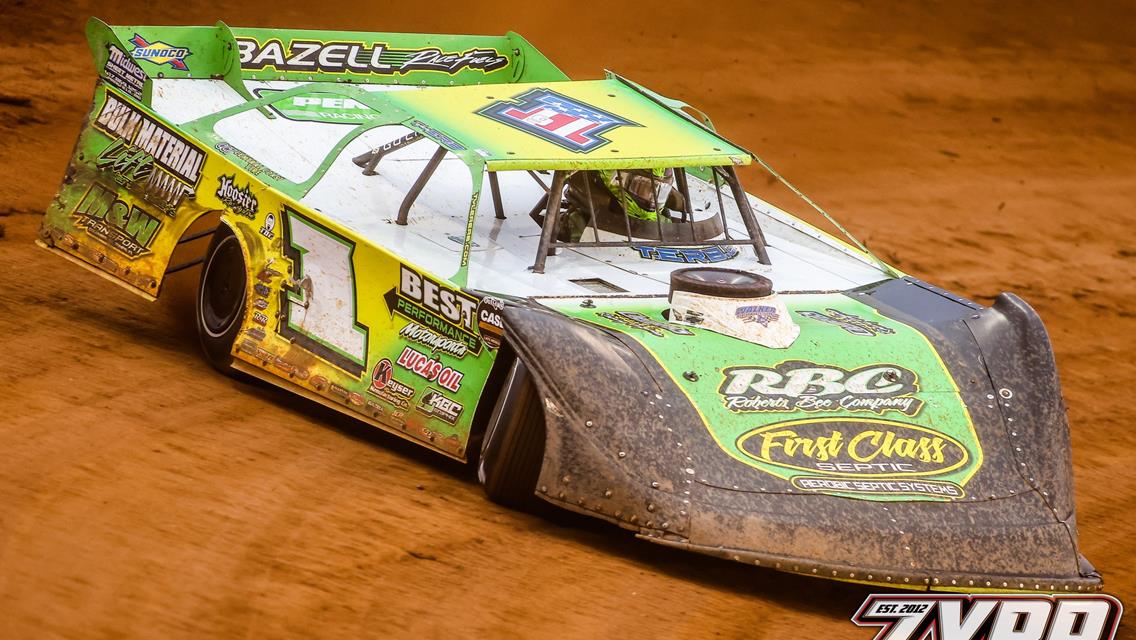