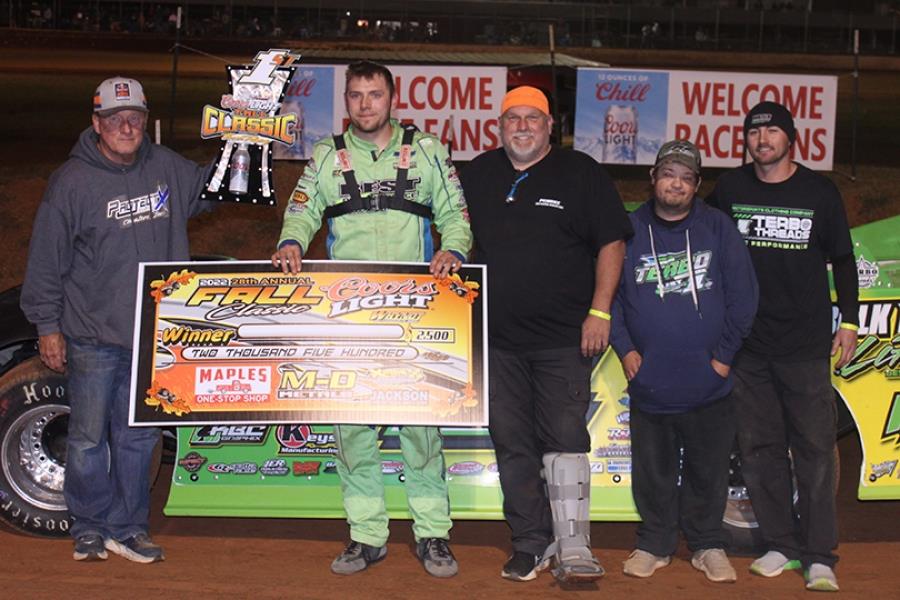 “Solid weekend at Rodney’s (Wing) house for us. Won the (Super Late Model) prelim night, and then raced my buddy Spencer Hughes hard for the (finale) win on Saturday night but ended up second. Got the job done in the Crate Late Model on Saturday night. All in all not too bad,” Erb shared. “We’re heading to East Alabama (Motor Speedway) this weekend to go after that $30k.”

With the 35-car field divided into two groups for a pair of preliminary features, Erb secured his spot into his prelim with a heat race win.

Sliding ahead of Wil Herrington on the third circuit, Tyler led the remainder of the 20-lapper to capture his ninth win of the season and a $2,500 prize. He finished ahead of Josh Putnam, Neil Baggett, Morgan Bagley, and Dalton Cook.

Earning the second-starting position for Saturday night’s $12,000-to-win Coors Light Fall Classic finale, Tyler grabbed the lead from Brian Rickman on lap two and held the top spot until lap 18, when Spencer Hughes nosed underneath on the bottom.

Erb went on to place second in the 60-lap affair, trailing Hughes to the checkers with David Breazeale rounding out the podium.

Also competing in his First Class Septic No. 91 Crate Late Model in Friday’s prelim, Erb's heat race victory placed him on the pole for Saturday's main event. Leading wire-to-wire, Erb cruised to his second win in as many nights and 10th of the 2022 campaign. He earned $2,500.

Full results from the weekend are available at www.WhynotMotorsportsPark.com.

This Saturday and Sunday, Tyler Erb will roll into East Alabama Motor Speedway (Phenix City, Ala.) to go after his first-career National 100 title and the $30,000 winner’s check that goes with it. 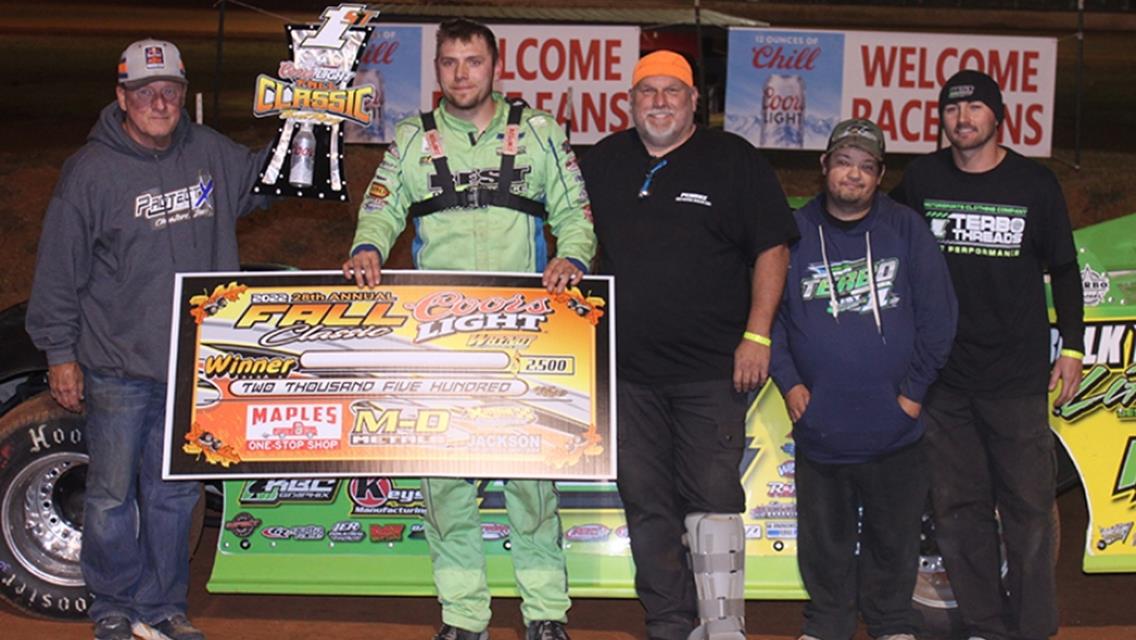 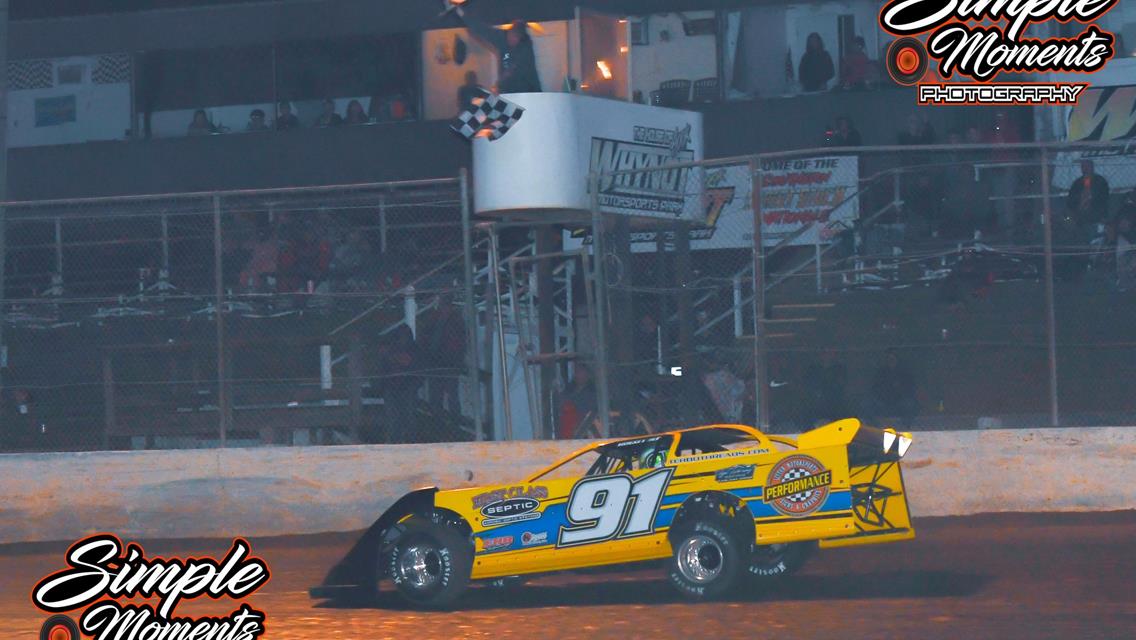 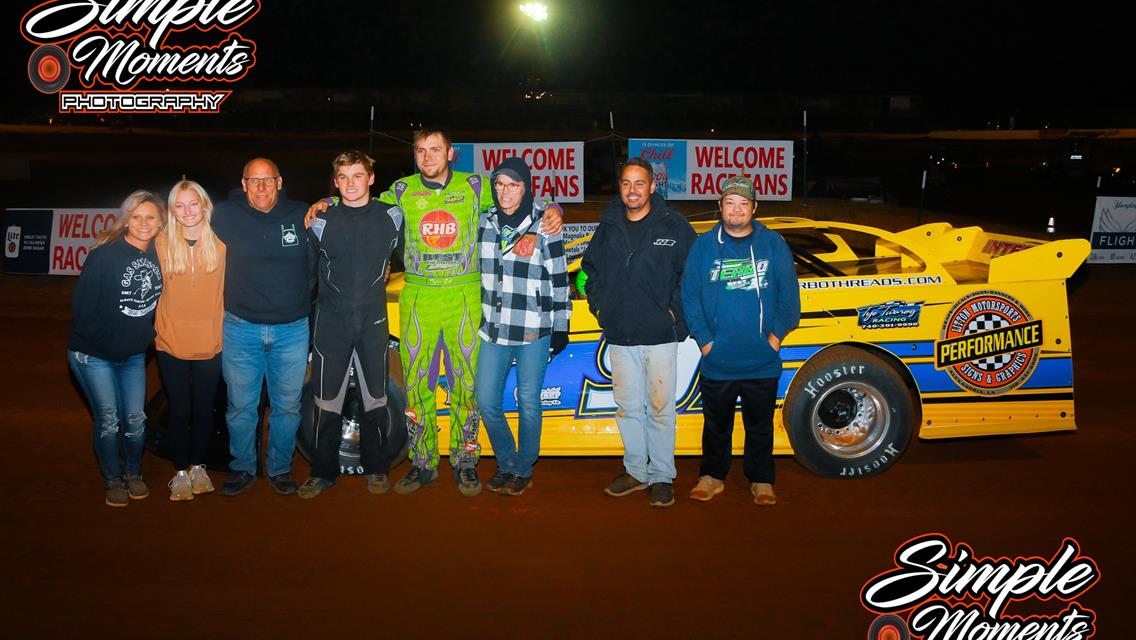