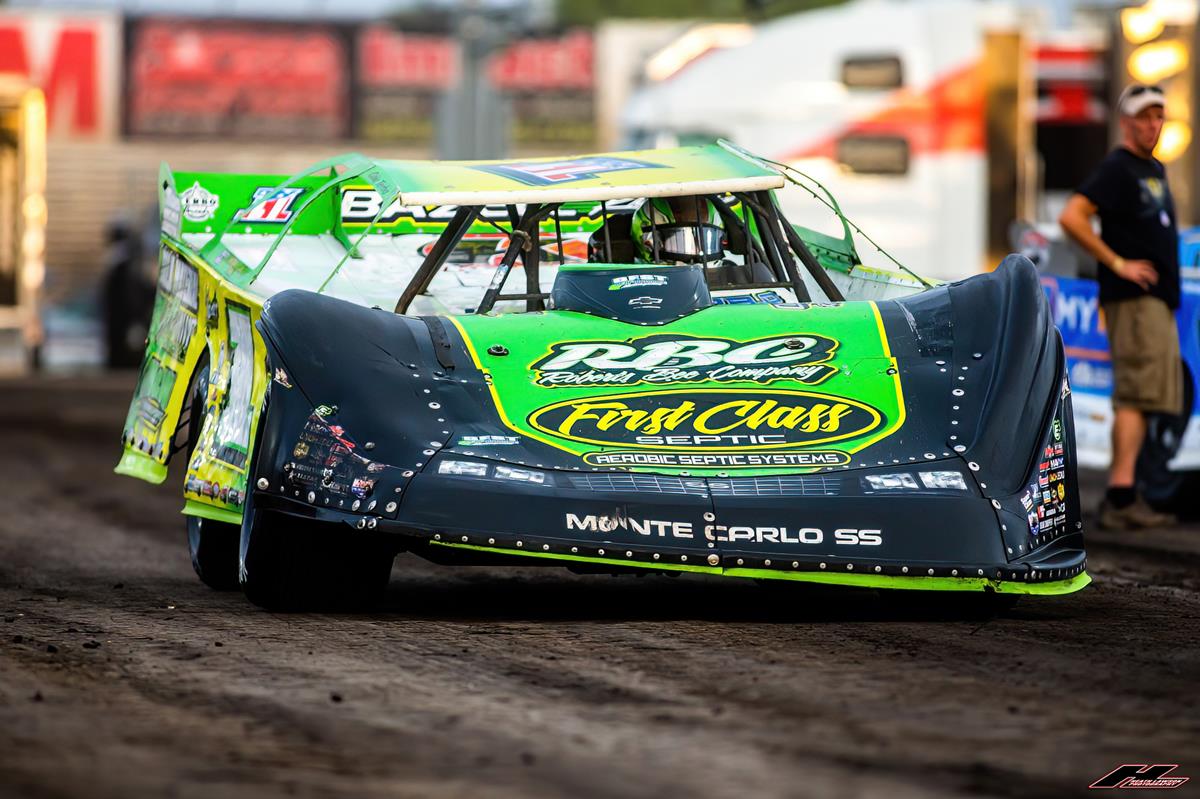 Tyler Erb and the Best Performance Motorsports team stopped at Fairbury Speedway (Fairbury, Ill.) on Tuesday afternoon to compete in the sixth round of the Castrol FloRacing Night in America miniseries. (Heath Lawson photos)

With 42 Late Models on the grounds for the third annual One for the Road, Erb edged his way into the main event with the fourth-and-final transfer spot in his heat. With $22,022 on the line, Tyler faded to 16th when the checkered flag flew after running as high as 10th.

For Friday’s prelim, Erb came in fifth in his heat before placing fourth in his consolation event. With $7,000 on the line in the feature, Tyler tagged the fence on lap 12 that led to an early exit. He was credited with a 23rd-place outing.

With passing points from Thursday and Friday relegating Tyler into a B-Main on Saturday, Tyler streaked to a 12-lap consolation victory, which positioned him 25th on the starting grid for the $50,000-to-win Knoxville Nationals finale. Advancing through the field 12 spots in the 50-lap affair, Tyler Erb raced to a 13th-place finish.

Tyler sits in sixth in the latest LOLMDS point standings. 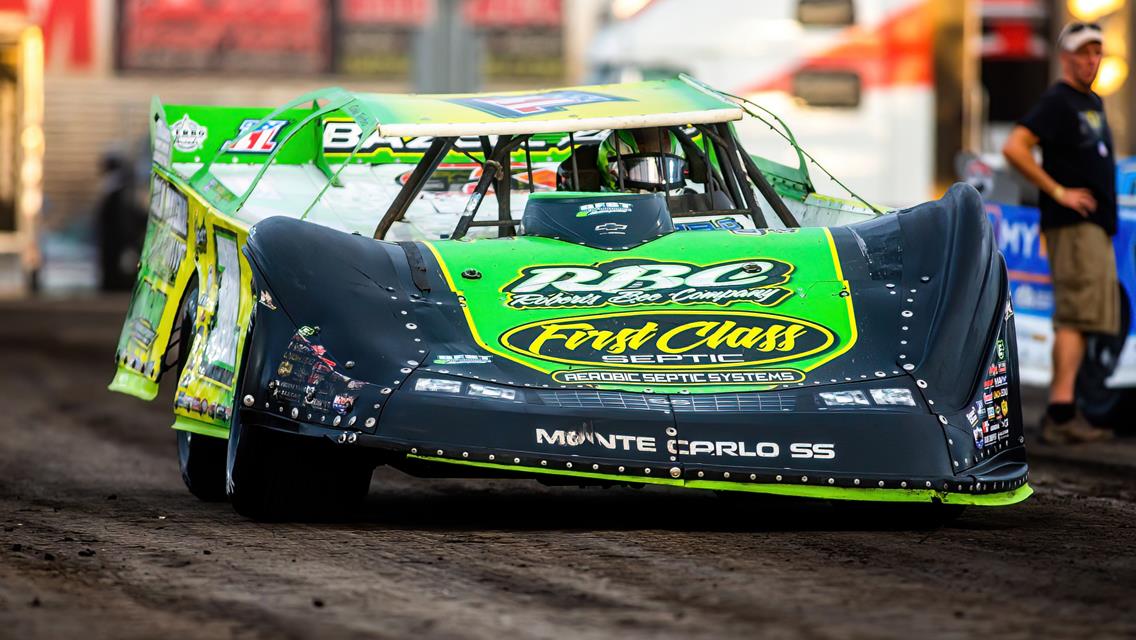 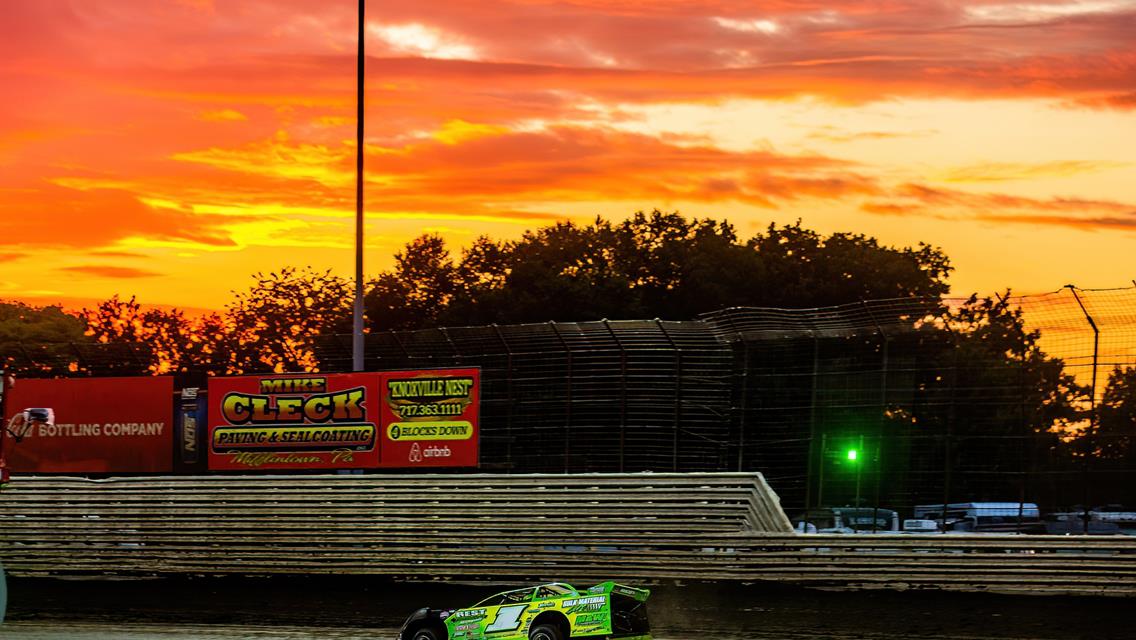 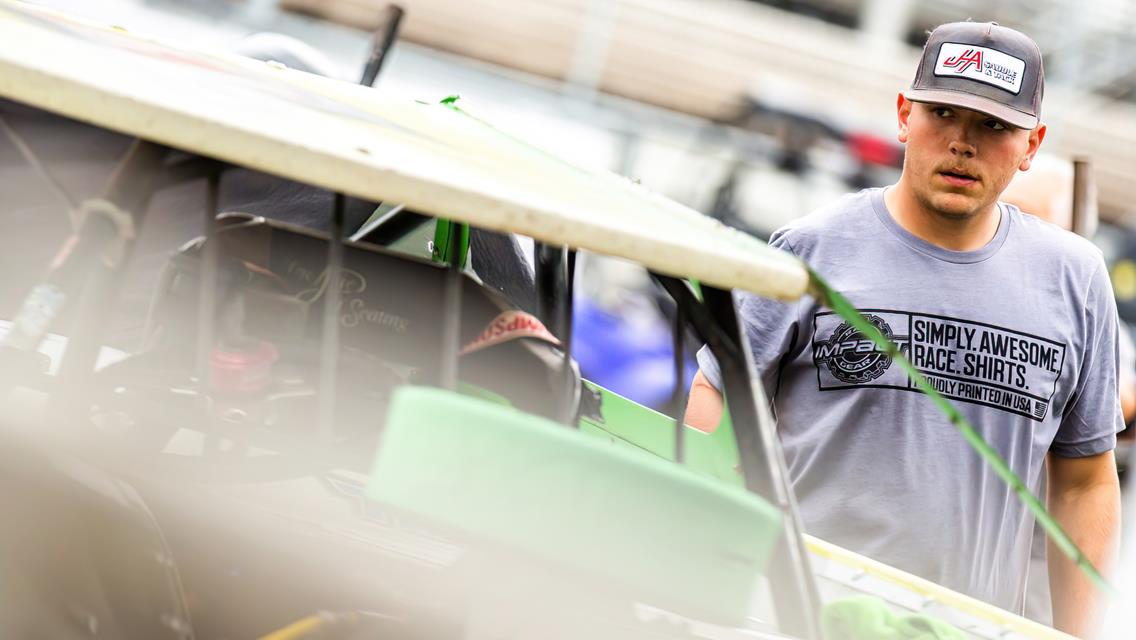