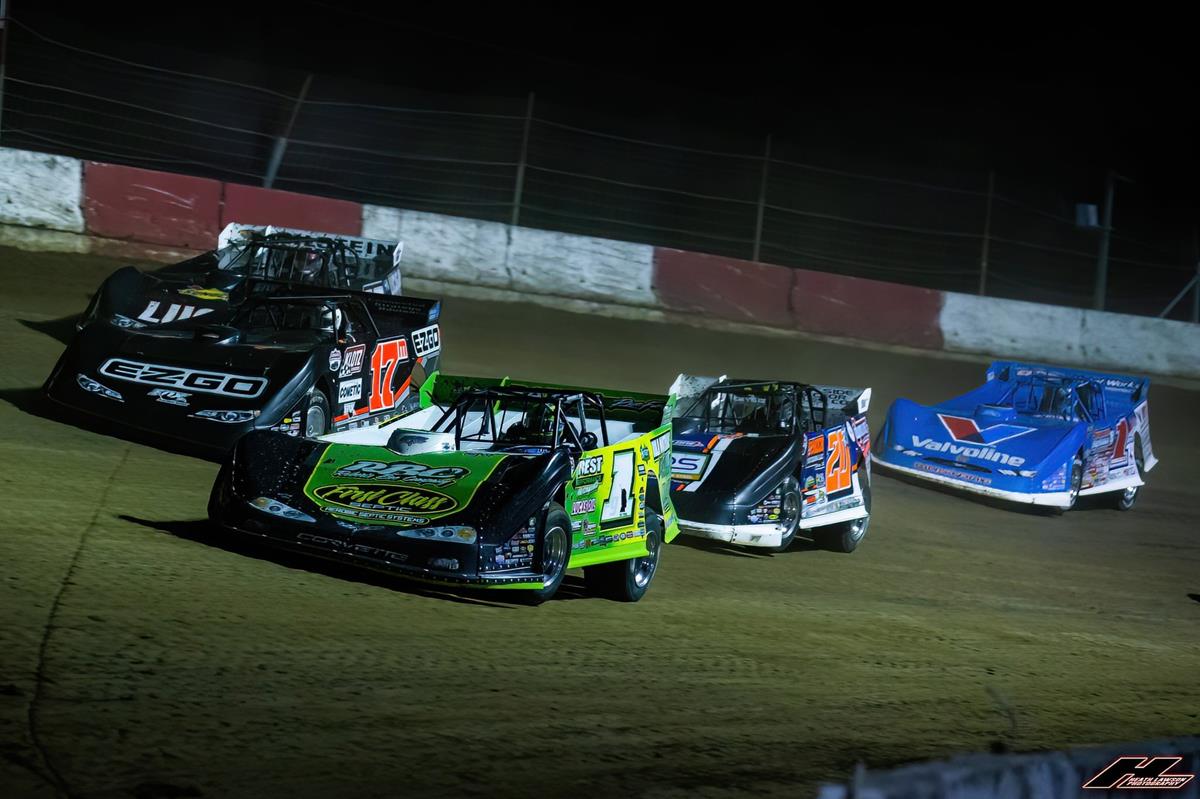 Drawing 48 Late Models for the event co-sanctioned with the Comp Cams Super Dirt Series (CCSDS), Erb stopped the clock third-fastest in his group before placing first in his heat. With $5,000 on the line in the feature, Tyler gained one spot in the 30-lapper to register a fourth-place finish. He followed Jonathan Davenport, Spencer Hughes, and Jimmy Owens to the checkers with Tim McCreadie coming in fifth.

Locked into the fourth-starting position for Saturday’s $50,000-to-win Topless 100, Tyler suffered a broke distributor cap while running in the top-five that dropped him to the tail on lap 60. He rebounded to finish 13th in the 100-lap affair.

Tyler is currently fifth in the latest LOLMDS point standings.