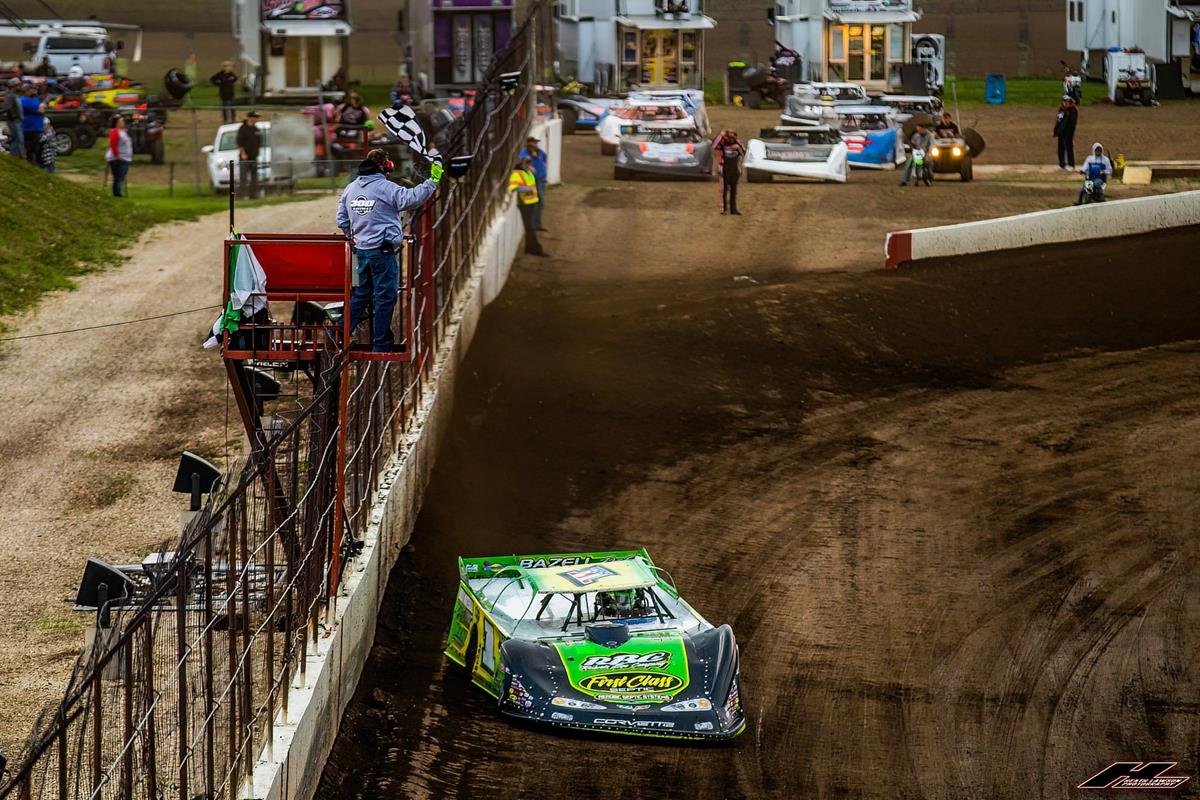 The $12,000 victory was accomplished at Iowa’s 34 Raceway after Erb fought off a hard-charging Brandon Sheppard in the closing laps.

“I ran second (at Farley) last year. The other year we came I think I ran second too (in 2019),” Erb said. “I really like this place. You don’t really know what you’re gonna get. Tonight, I don’t feel like it really rubbered so it was a really good race, changed around a lot. But it was nerve-racking because I could tell in three and four I started slowing way down. Thankfully I was able to hold on for the win. This team is performing really well right now, and hopefully we can keep this rolling into the Show-Me 100.”

Best Performance Motorsports and Tyler Erb kicked off their week of racing with the Castrol FloRacing Night in America at Marshalltown Speedway (Marshalltown, Iowa) on Wednesday afternoon as the fifth round of the 12-race mini-series came to life.

With a sixth-place finish in his heat race pinning him on the eighth row for the $22,022-to-win A-Main, Tyler advanced through the field 11 spots in the 50-lapper to finish fifth. He trailed Hudson O’Neal, Brandon Sheppard, Mike Marlar, and Ryan Gustin to the checkers.

Tyler is fourth in the latest Castrol FloRacing Night in America point standings.

Next up Tyler returned to action on Friday with the Lucas Oil Late Model Dirt Series (LOLMDS), as Best Performance Motorsports traveled to 300 Raceway (Farley, Iowa) for the Truck Country 50.

Following the fourth-fastest time in his group, Erb outdueled Billy Moyer Jr. in his heat race to pick up the win.

Leading flag-to-flag in the 50-lap feature, Tyler stormed to his fifth win of the season and 18th career LOLMDS triumph. He took the $12,000 payday ahead of Brandon Sheppard, Ricky Thornton Jr., Hudson O’Neal and Jimmy Owens.

After Mother Nature shifted back Saturday’s event at 34 Raceway (West Burlington, Iowa) to Sunday afternoon, Erb was one of 22 LOLMDS entries on hand for the CRST Transportation Solution 50. With a fourth-place finish in his heat race pinning him on the sixth row for the $15,000-to-win finale, Tyler inched forward two spots in the 50-lapper to finish ninth.

Tyler is up to second in the latest LOLMDS point standings.

Full results from the weekend are available at www.FloSeries.com and www.LucasDirt.com.

The team now turns their attention to the upcoming weekend’s 30th annual Lucas Oil Show-Me 100 weekend at the state-of-the-art Lucas Oil Speedway (Wheatland, Mo.). LOLMDS action opens on Thursday with the ninth annual Cowboy Classic, which pays $6,000 to win. On Thursday The Tribute to Don and Billie Gibson takes center stage with another $6,000 top prize. The weekend draws to a close on Saturday night with the 30th annual Lucas Oil Show-Me 100 finale, which posts a whopping $50,000 winner’s check. 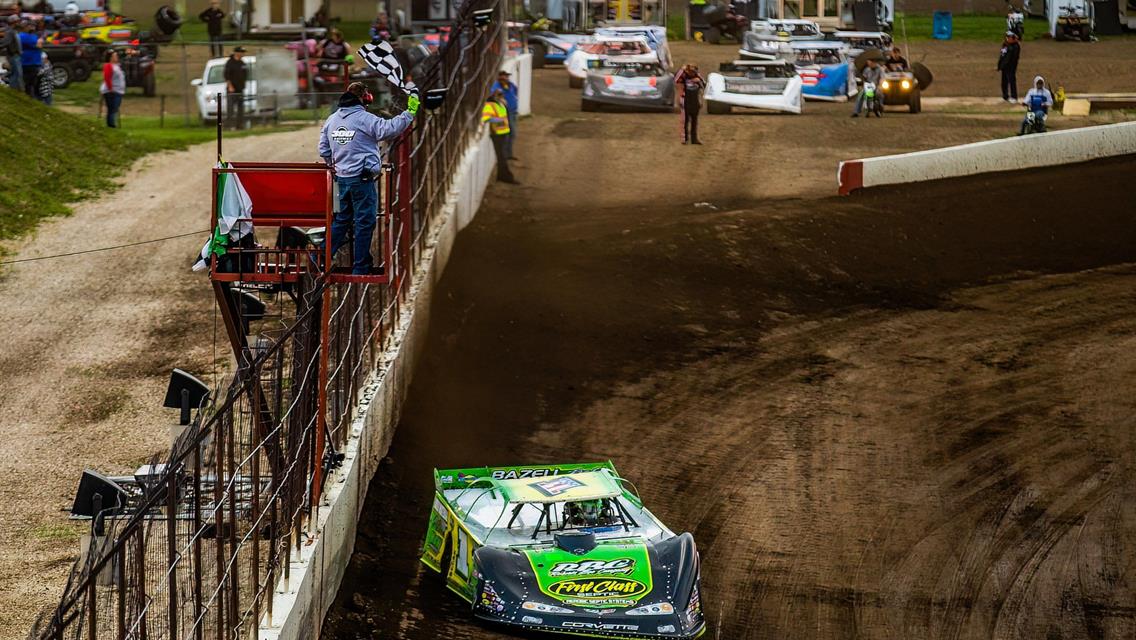 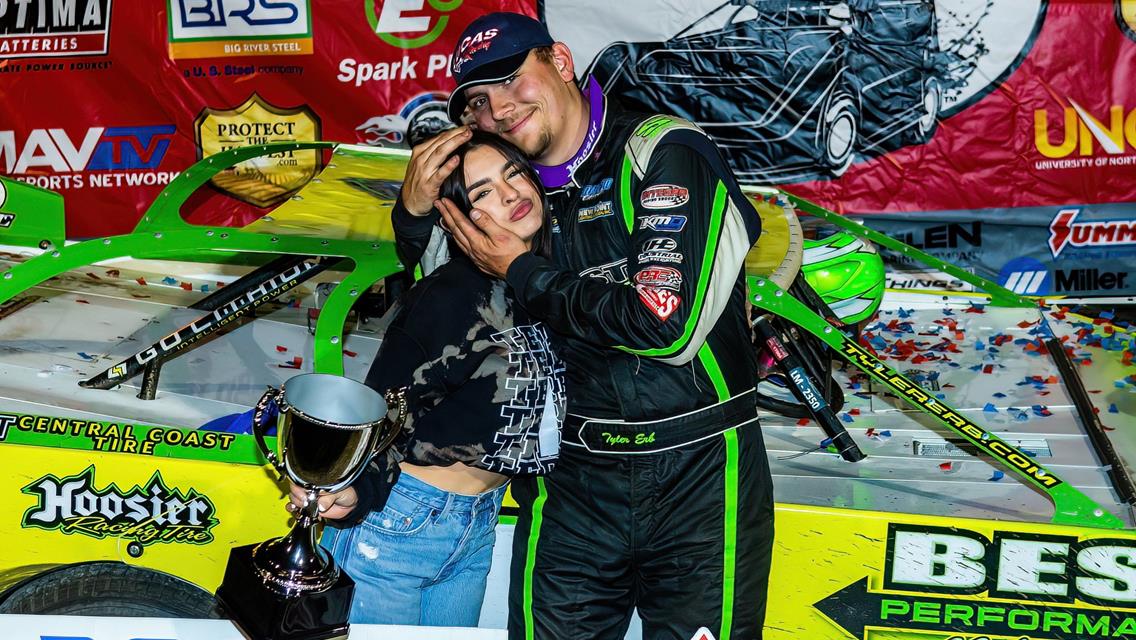