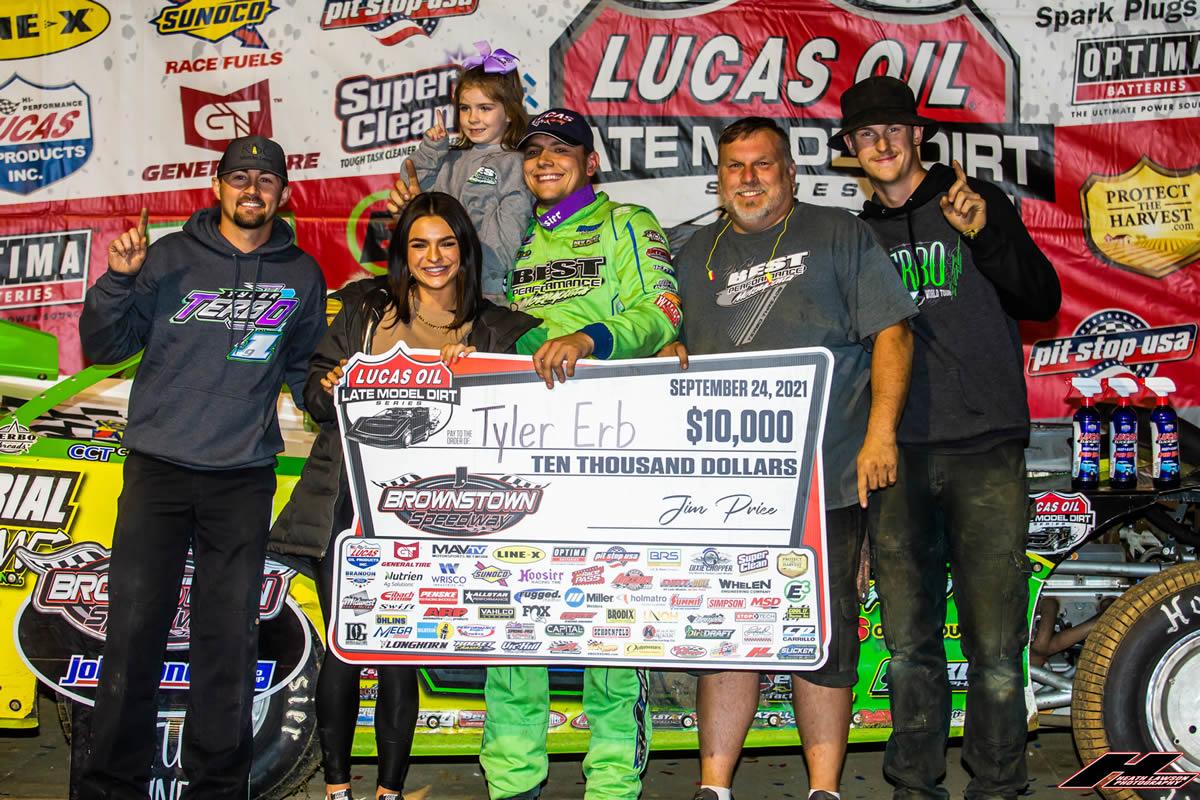 The victory was his 15th of the year and on the heels of his recent consistency he moved into fourth in the latest Lucas Oil Late Model Dirt Series (LOLMDS) standings.

“On Thursday the track surface at Brownstown (Speedway) was really challenging, but the track crew did a great job of getting it ready for Friday. We overcame some adversity in Friday’s feature to get another Lucas Oil win. On Saturday we were just a little off from where needed to be and slid backwards,” Erb said. “We’re heading to Ohio and Pennsylvania this weekend hungry for some more wins.”

Tyler Erb and Best Performance Motorsports returned to Brownstown Speedway (Brownstown, Ind.) on Thursday night to compete in the rescheduled Indiana Icebreaker 50-lap feature from March 20. With his runner-up finish in his heat race positioning him 17th on the starting grid for the $15,000-to-win Lucas Oil Late Model Dirt Series (LOLMDS) A-Main, Erb gained seven spots in the 50-lapper to place 10th.

The following night, Tyler clocked in third fastest in his group before scoring a runner-up finish in in his heat. Starting the A-Main in the seventh position, Erb nosed ahead of Josh Rice for the lead on the 14th circuit but handed it back to Rice two laps later.

Not to be denied Tyler regained the lead with 10 laps remaining and went on to race to his 15th win of the season, which came ahead of Tim McCreadie, Brandon Sheppard, Devin Moran, Tanner English. His 16th-career LOLMDS victory was worth $10,000.

On Saturday for the 42nd annual Jackson 100, Erb secured his spot into the $20,000-to-win finale with a third-place performance in his heat race. Fading outside the Top-10 in the 100-lap affair, Tyler recorded a 14th-place finish.

Tyler jumped up to fourth in the latest LOLMDS point standings.