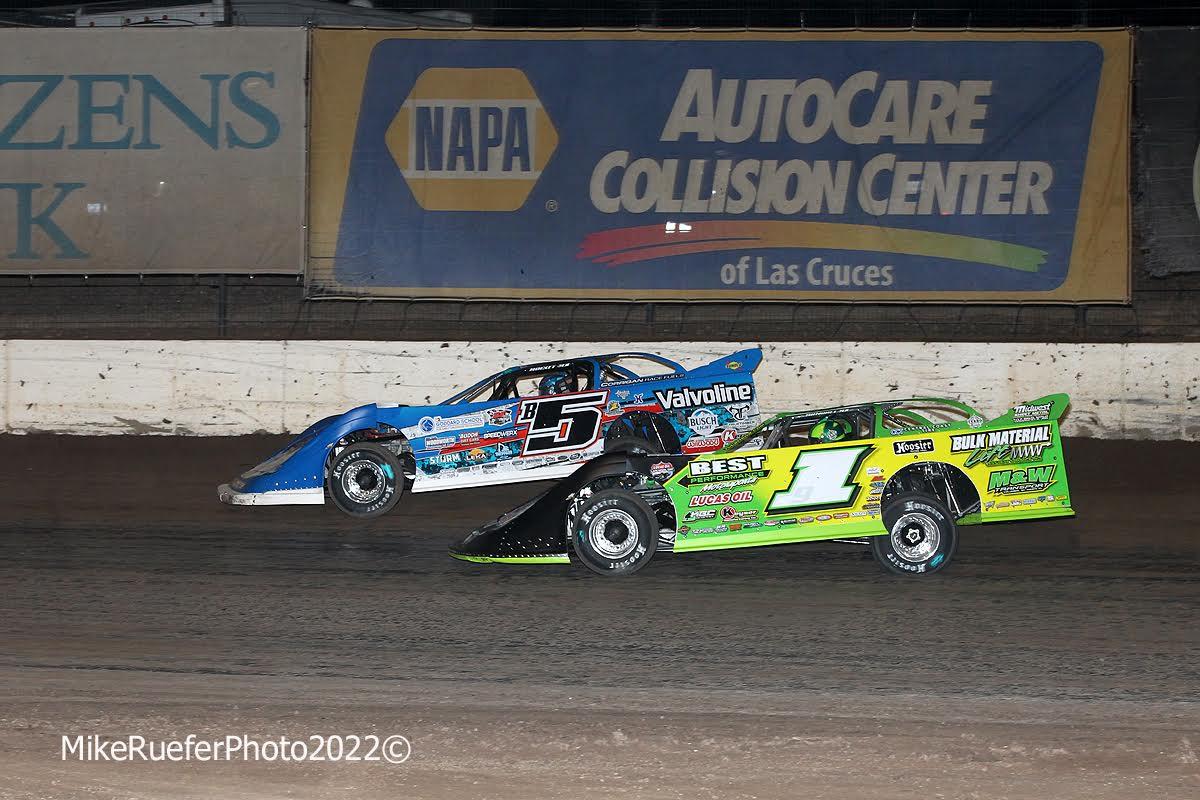 Tyler Erb traveled to Vado Speedway Park (Vado, New Mexico) on Saturday afternoon to lift the lid on the 2022 season with the 16th annual Wild West Shootout. Drawing 31 Late Models, Erb timed in fifth-fastest in his qualifying group before placing third in his heat race. With $5,000 on the line in the feature, Tyler clawed forward one spot in the 40-lap affair to register an eighth-place finish. (Mike Ruefer photo)

For another $5,000-to-win A-Main on Sunday, Tyler followed up the third-fastest time in his group with a second-place finish in his heat race. Earning the fifth-starting position for the A-Main, Erb snuck ahead of Garrett Alberson for the lead on the sixth circuit for two laps until surrendering the top spot later to Mike Marlar. With Alberson and Brandon Sheppard taking part in a heated battle for the lead in the final laps, Tyler attempted a last-lap slider but fell short at the line, trailing Sheppard to the checkers. Alberson, Marlar, and Jake Timm completed the Top-5 finishers in the 40-lap affair.